GNU/Linux is found in countless embedded products and multimedia systems, but starting the development process with a general-purpose software distribution can mean unnecessary extra work and a maintenance headache, particularly when development advances at a rapid pace. We can help!

64 Studio's proven platform makes an excellent basis for custom systems and OEM products, particularly those projects which require real-time audio or multimedia features. The 64 Studio Ltd. company provides hardware and software development services, making full source code available. This means OEMs and system integrators have a free choice to develop their products in partnership with us, or do the work in-house if they wish.

Here are a few of the products we've contributed to, over more than a decade building media hardware and software that hits its (real-time and real-life) deadlines! 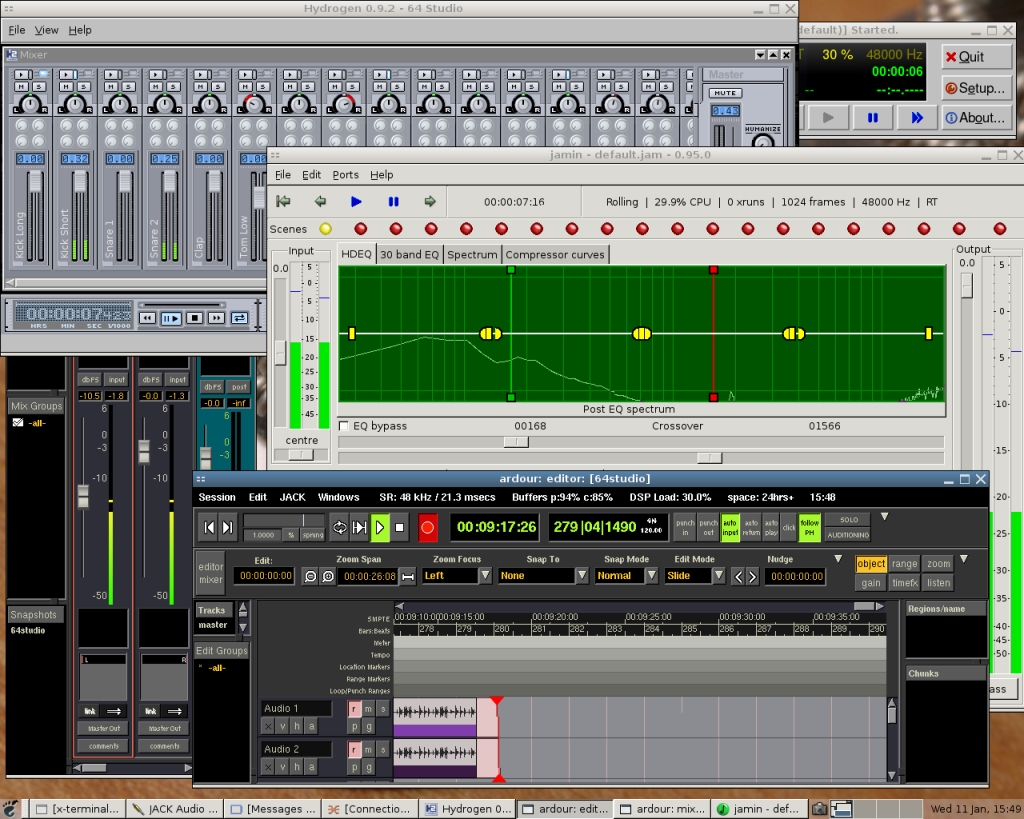 From 2005 to 2008 Free Ekanayaka and Daniel James built a GNU/Linux distribution '64 Studio', which was the first fully native multimedia workstation for the AMD64 architecture, winning critical acclaim for its stability and high performance. This approach can now be enjoyed in official Debian and Ubuntu releases, and other community multimedia distros.

In 2006, Steven J. Vaughan-Nichols at DesktopLinux.com said: “Debian-based 64 Studio, which has just achieved its 1.0 release, is described by some as "the best distribution ever created for multimedia workstations, such as digital audio recording and video editing.”

The first OEM product that we worked on was the Lionstracs Mediastation from Italy. This keyboard instrument was originally intended to run Red Hat Linux, but the developers later switched to Debian GNU/Linux. We were contracted to provide and maintain a custom Debian distribution for the device, based on our 64 Studio platform. We integrated Lionstracs custom applications with our platform, and produced a single DVD image which contained all the binaries required for the end user to reinstall a complete Mediastation system from scratch. 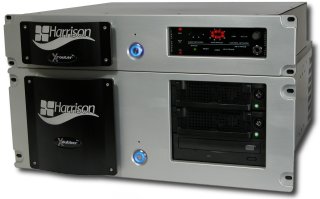 Based in Nashville, USA, Harrison makes some of the most advanced audio consoles in the world. Harrison systems are used in many top broadcast and post-production facilities, and have been used to mix soundtracks for countless well-known movies and TV shows. We were delighted when the company got in touch to say that it was basing new products on the 64 Studio platform, including the Xdubber. The integration work that Harrison needed was carried out by the company's own engineers.

Ben Loftis of Harrison commented: “The Xdubber was built with 64 Studio as the development platform and base distribution. The primary changes that we performed were at the application level... after developing on 64 Studio for over a year, we felt comfortable with the stability and straightforwardness of the system, and saw no reason to 'roll our own'.” 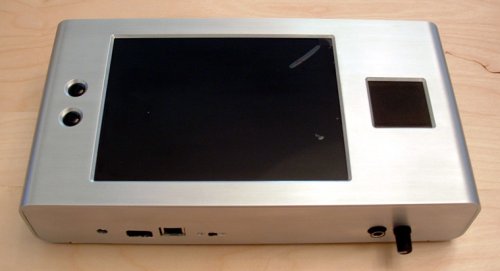 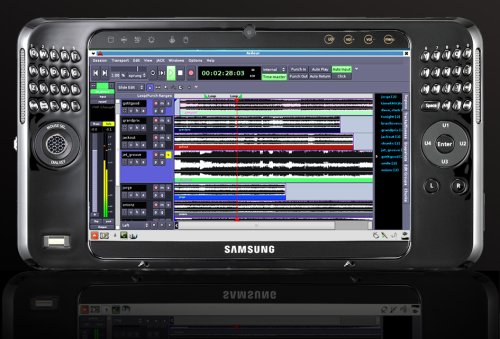 Years before the iPad, we developed the software platform for the Indamixx music production, DJ'ing and broadcast tablet. Marketed by Trinity Audio Group based in Los Angeles, USA, this innovative product ran a custom Debian/Ubuntu distribution, again based on the 64 Studio platform. We did the software customisation work, and also had a great deal of input into the specification and features of the device.

The Indamixx was prototyped in 2007 and began shipping on Samsung Q1 Ultra hardware in summer 2008, with the assistance of Intel. We were stoked when Samsung signed up one of our all-time favourite DJ's, Cut Chemist, to promote the Indamixx launch. 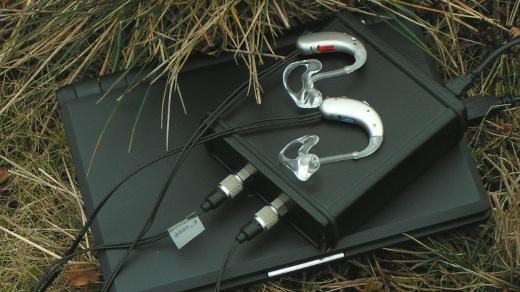 Mahalia prototype on a Thinkpad

In 2009 we began working on a rather different product which made use of the same real-time Linux features that pro audio users were already enjoying. Hearing aid researchers at the University of Oldenburg in Germany wanted to field test new algorithms using a specialized multi-channel USB audio interface with I/O cables that connect to ear pieces. At first, we considered building custom embedded hardware for the field tests, based around a single-board computer with an Intel Atom processor, but it was decided that it would be better to be able to test very CPU-intensive algorithms on a Lenovo Thinkpad with a Core 2 Duo CPU before they had undergone any optimization.

64 Studio built a minimal, high-performance, yet stable GNU/Linux distro, which we codenamed Mahalia, for the researchers to use. This codename was based on the initials of the Master Hearing Aid software, and the name of gospel singer Mahalia Jackson. 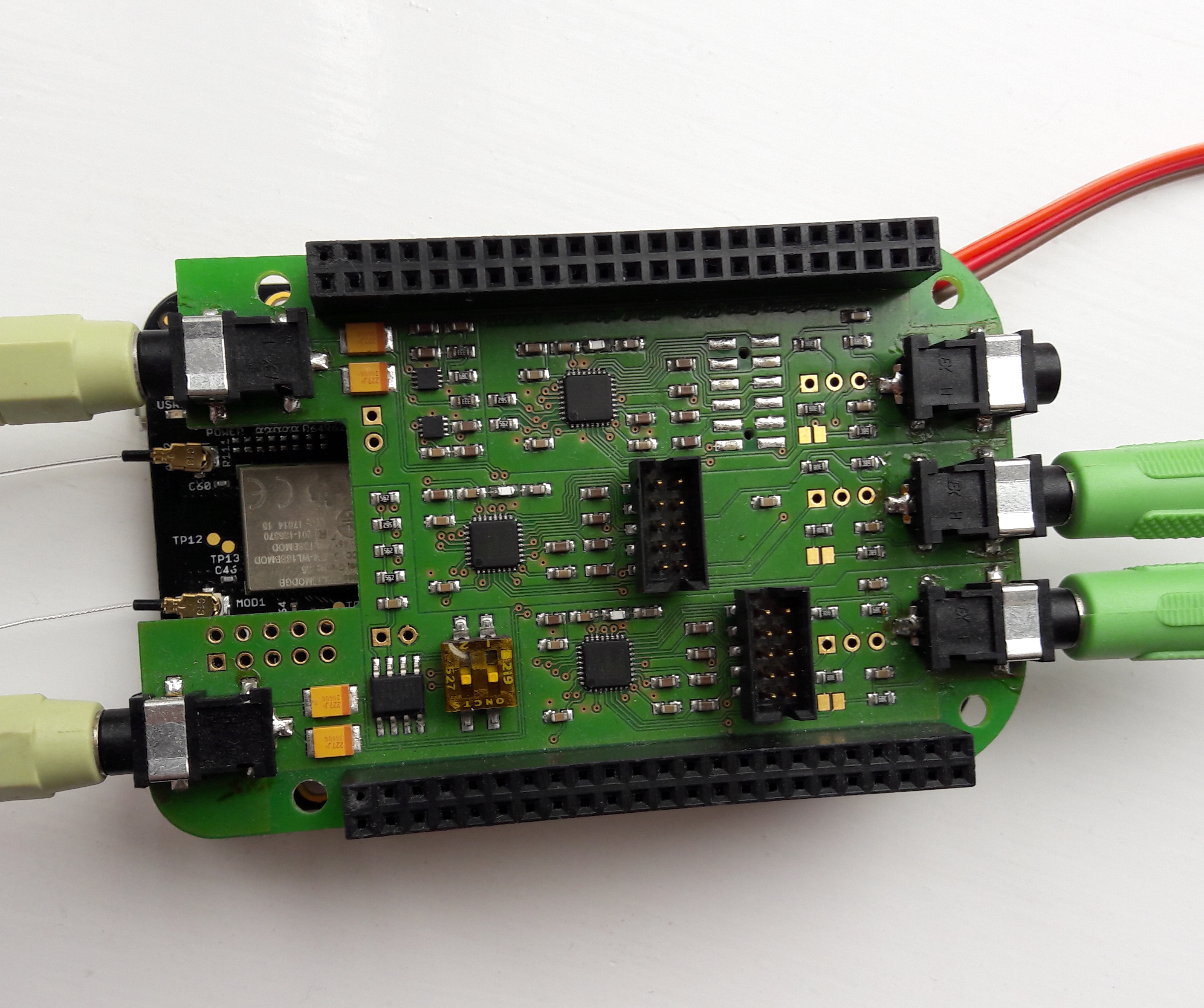 Cape4All on the BeagleBone Black

Some nine years later, in 2018, we produced the next generation of Mahalia software, only this time for the ARM architecture of the open hardware BeagleBone Black. 64 Studio wrote a custom driver for the experimental Cape4All soundcard, which enables multichannel input and output over I2S for the lowest possible audio latency. 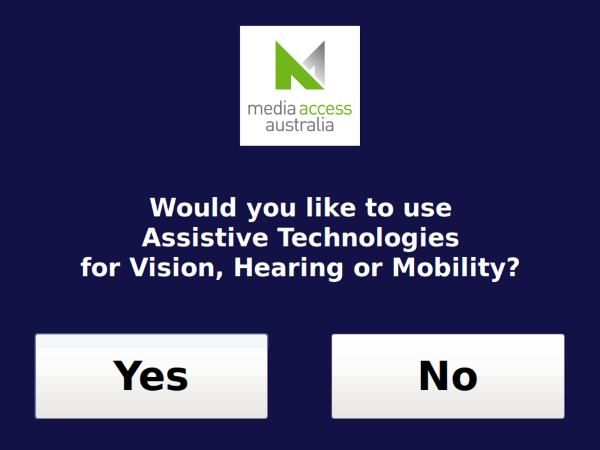 Stevland is a GNU/Linux distribution, based on Ubuntu, designed so that people with disabilities can enjoy access to the Internet, regardless of their level of computer knowledge. It includes a full-screen wizard designed to help kiosk users set their accessibility preferences. This wizard uses large buttons and text, together with audio description and key press feedback, so that users with vision, hearing or mobility impairments can set up the kiosk for their individual needs, without needing to know anything about the system.

Stevland was created for Media Access Australia by 64 Studio and Boost Hardware, with support from the Ian Potter Foundation. It was named in honour of Stevland Hardaway Morris, also known as Stevie Wonder - not just a great inspiration to people all around the world, but also the first user of Ray Kurzweil's Reading Machine, an early leap forward in computer-enabled accessibility. 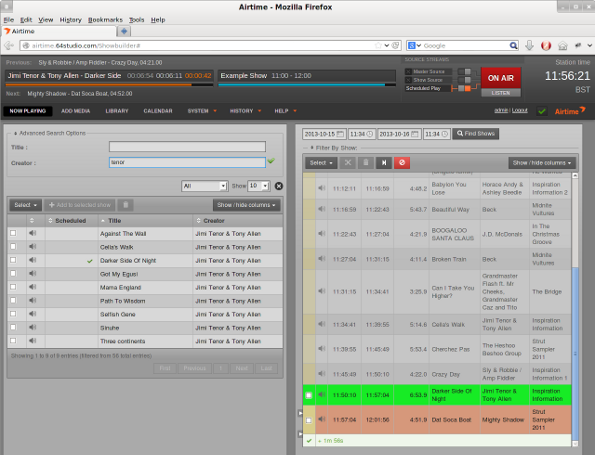 Airtime is Sourcefabric’s open source radio software for scheduling and remote station management. Airtime provides audio playout with sub-second precision, a web interface with usability features, role-based user management and a calendar to schedule or reorder shows and playlists. It was developed by an international team based in Toronto, Canada and Berlin, Germany.

Beginning in 2010, 64 Studio developed a Ubuntu-based distribution for the Airtime Box ready-to-run broadcast server, which was deployed at West Africa Democracy Radio in Dakar, Senegal. We also wrote and published the user manual for Airtime, and coordinated volunteer translation of the web interface into many languages including Korean, Russian, Chinese, and Greek.

After Airtime became a cloud-only service, the open source code was forked as LibreTime by the user community.


Demonstrating the first release of PiDeck

Launched in 2016, PiDeck is our own open source hardware and software project retro-fitting the Raspberry Pi onto a DJ turntable. It's great fun, but also an R&D testbed for realtime performance on inexpensive ARM hardware using both off-the-shelf and custom soundcards. PiDeck is based on the armhf (ARM Hard Float) port of Debian GNU/Linux and xwax. This software is built into a single-purpose distribution, which you can hack on, or just download and put on a micro SD card for your own Raspberry Pi.

The PiDeck project was featured in issue 61 of MagPi, the official magazine of the Raspberry Pi Foundation! 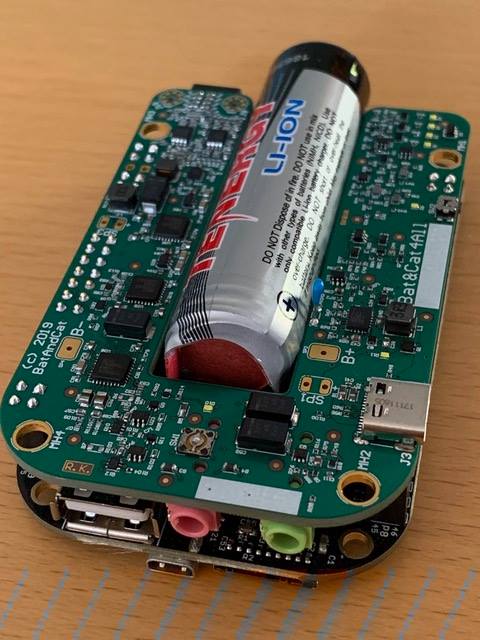 In 2018 we were asked to assist with another hearing aid project, which was improving the Cape4All design to create a hearing aid research device in the form factor of a modern wearable. Bat and Cat Sound Labs of Palo Alto, USA created a new version of the hardware which could accommodate a rechargeable lithium battery, and fitted into a case which could be carried in a shirt pocket. This was another step towards taking open-platform hearing aid research out of the laboratory and into real-world situations, for the most relevant testing possible.

If you have used 64 Studio code in a project, please let us know, and we will mention it on this page if you wish.